Remote work can cause misunderstanding and confusion unless communication is clear, frequent, and intentional. We share a few examples of employee feedback that can help you get your message across. 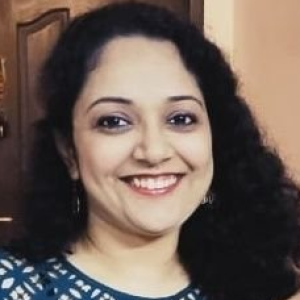 There’s a real risk that remote workers are not visible enough to their managers, even if they’re performing well.

Research shows that people working from home have a fear of missing out and this causes isolation and loneliness.

Public recognition shows remote team members which actions or behaviors are approved and encourages average performers to do better.

Giving feedback knocks down two of the biggest barriers preventing your reports from doing great work—unclear expectations and inadequate skills—so that they know exactly where to aim and how to hit the target.

There is a lack of personal context in remote work, so managers should be clear when giving employee feedback and also enable direct reports to be candid about their challenges and experiences.

There are two ways in which employee feedback can be given in a remote team:

Which one will you use?

The mode you use depends on the type of feedback you need to deliver.

One on one meetings are a psychologically safe space for reports to be honest about what they’re facing and what looks like an issue from the outside may be due to something completely different.

The report can offer the context that the manager is missing when working remotely and being unable to see each other.

A one on one meeting software can streamline meetings and organize agenda points, action items, and follow-ups.

Effective One on One Meetings

We built a software that automatically schedules, lets you set agenda, take notes, exchange feedback and track actions – all in one place.

While the basic tenets of giving employee feedback remain the same — timely, clear, and frequent — you may need to modify your approach for your remote reports.

Certain feedback techniques are commonly used by companies to offer feedback to remote employees because they work better at overcoming the hurdles placed by remote work settings.

We’ll discuss five of these feedback techniques and see examples of employee feedback for each technique.

Developed by the Center for Creative Leadership (CCL)

One of the best-known methods of employee feedback is the SBI model, and it works well for remote teams, too.

It can be used to deliver both constructive criticism and positive/affirmative feedback.

According to CCL, this feedback model is proven to decrease anxiety around giving feedback and makes the recipient less defensive.

Steps of the SBI model

This simple and direct model has three steps:

Situation – You describe, in specific terms, the situation in which the behavior occurred.

Behavior – Next, you describe the actual behavior that you observed, NOT your opinion or judgment of it. Simply state the facts.

By giving feedback in this manner, you can minimize your report’s defensiveness because you haven’t passed judgment at any stage.

To improve your chances of driving the behavior you want from your report, you can close the feedback by asking about the report’s intent i.e. why she chose to do what she did.

In this example of employee feedback, suppose that, at a team meeting, your report constantly interrupted you and talked over you, preventing you from speaking effectively. Let’s say you are a female manager and your report is male.

“Ben, in today’s meeting, you were very rude. You think it’s okay to talk over women so you kept interrupting me. I’m highly offended by your display of entitlement.”

In this example of employee feedback, it is likely that you will get Ben’s back up and he will resist your authority instead of following you.

“Ben, we had a team meeting today at 11 a.m. (situation). You interrupted me constantly and talked over me. (behavior) It made me feel frustrated and I couldn’t get my message across. (impact) Why were you doing that? (intent)”

Delivered like this, the conversation is much more likely to open up with Ben explaining his behavior and understanding that it was rude and unprofessional.

Described by Anna Carroll in The Feedback Imperative: How to Give Feedback to Speed Up Your Team’s Success

The COIN conversation model is similar to the SBI feedback model but focuses more strongly on how to communicate feedback effectively.

It allows you to give either constructive feedback or positive feedback in a fair, firm, and non-confrontational way.

Steps of the COIN conversation model

The COIN framework has four steps:

Context – You describe the event, issue, or circumstances you want to talk about.

Observation – Then, you describe what you saw in specific and clear terms, stating only the facts. Use ‘I’ statements like “I heard that…” or “I noticed that…” This helps you keep the focus on your view of the problem and avoid passing judgment on what happened.

Impact – After that, you explain how the behavior affected you or others in the team or company.

Next – Finally, you state what changes or improvements you’d like to see moving forward. The recipient should agree to work towards making these changes. Emphasize the steps that need to be taken to bring about the desired change.

Remember to give authentic feedback close to the action or behavior. If you’re delivering difficult feedback, allow the report enough time to assimilate it.

Suppose, your report has delivered a lackluster online presentation to an important client and you’re likely to lose the project due to the poor presentation.

“Sheila, what on earth was that?! Your data was half-heartedly cobbled together and your entire deck was in black and white. Did you spend any time at all preparing for the presentation? Now we’ve most likely lost a client because of you!”

“Sheila, I wanted to talk to you about the presentation you gave today to the Apex client. (context) I noticed that the figures were not accurate and the slide deck wasn’t compelling enough. (observation) The client may not have been as impressed as we’d hoped. She may not give us the project. (impact). I’d like you to share the slide deck with me before your next presentation, please. Also, please work with the Stats team to ensure that the data is accurate. You could also include more graphs to put your message across more effectively. (next)”

In a conversation like this, Sheila is more likely to explain why she was underprepared for her presentation because you’ve made it clear that you’re here to find solutions, not criticize or allocate blame. Described by Mark Effron in One Page Talent Management

The Stop, Start, Continue analysis is an action-oriented and retrospective feedback model. It is sometimes called Do More, Do Not Change, Do Less analysis or Stop, Keep Doing, Start analysis.

The method helps managers give balanced feedback and reach a consensus with their reports about how to go forward.

This model works well for teams that have been working together for some time and are comfortable giving and receiving feedback.

Stop – You describe an undesirable action or behavior that the report should stop doing.

Start – Next, you explain what can be done to improve the situation and outline what the report should start doing. Ensure that this is not a repetition or reframing of the first step.

e.g. Stop — You shouldn’t send lengthy e-mails to the client.

Start — You should write brief e-mails to the client and include more bullet points.

Continue – Lastly, you talk about what’s working well and encourage the report to continue doing it.

The advantage of this model is that it encourages timely feedback and specific action and doesn’t need complicated ratings or scoring scales.

Imagine one of your reports is silent at most team meetings and gives vague responses when prompted to speak.

“Why don’t you speak up, Nikhil? I have been prompting you to contribute to every meeting but you won’t say a thing. What is the matter?”

“Nikhil, I’ve noticed that you’re usually silent during meetings and you don’t have much to contribute even when prompted. You are a senior member of this team and I’d like you to take more initiative at meetings to share your learnings with us. (start) Also, please don’t log in late to meetings as it makes all your team members wait and they get delayed for their other commitments. (stop) I was really impressed by the way you helped Saahil find his feet with the Gizmo project. I’d be happy to see you mentor our new remote recruits like this! (continue)”

4The “I Appreciate” Feedback Technique

This feedback model focuses on sharing appreciation for your report and expressing curiosity about him.

It works well for teams that have just begun to get to know each other and are working on building trust and creating a bond.

Steps of the I Appreciate technique

The model has three steps:

What I appreciate most about you is:

What I would like to see more from you is:

Remember to use the principles of effective feedback when writing what you want to say about your report. No snap judgments. Take your time to properly think it through.

3. Finally, you deliver the feedback verbally.

Example of employee feedback using the I Appreciate model

In this example of employee feedback, suppose you get to know that a report is complaining about your remote management style to other team members, but hasn’t approached you about it.

“I heard you don’t like the way I check-in on you frequently. I have my sources so please don’t badmouth me. Why didn’t you speak to me if you have issues?”

“Rudy, I really appreciate your valuable contributions to this team. You have given us some fantastic ideas on the Apello project. However, when you have an issue with me or my management style, it would be helpful if you shared it with me so that I can address it. If you speak to your teammates instead, it wouldn’t solve the issue and there will be more negativity in the team–which isn’t good for anyone!”

The feedforward model focuses on suggestions for future improvement instead of criticizing past mistakes.

There are six characteristics of this feedback model that make it so effective in effecting a change in behavior or action — regenerates, expands, particular, authentic, impact, refines.

These characteristics are known by the acronym REPAIR.

Steps for the feedforward model

2. Provide guidance and don’t criticize – View errors or failures as teaching opportunities instead of points to be criticized. Focus on encouraging better performance in the future.

Suppose, your report is consistently missing deadlines but isn’t reaching out to you for help.

“Sam, your spreadsheets are incredibly detailed and organized. It’s a pleasure reviewing them. However, I couldn’t help but notice that this is the third time this month that you’ve missed a deadline. Let’s talk about some time management strategies that could help you stay on track, shall we?”

Feedback is important to help people develop their abilities and grow as a professional. However, if they get defensive about it or don’t assimilate it, you might as well have not given any feedback.

To improve performance and encourage the desired behavior, try to use some of the techniques mentioned in this blog to help your remote reports who need your guidance and support in this crisis.

I write about people management to help managers and employees effectively navigate the world of work.
More blogs

OKR Checklist for Every Step of OKR Cycle