Microsoft OKRs: The Linchpin That Made Success A Reality For Bill Gates

How OKRs played a crucial role in the success of Microsoft and the Bill & Melinda Gates Foundation.

Once Bill Gates promised Intel that he would deliver a version of Microsoft BASIC in four weeks but failed to deliver it within the agreed time. He was a master coder but lacked management skills.

Intel then employed Andrew Grove to help them improve his management skills. Andrew oversaw Microsoft’s strategy and operations, introducing Microsoft and Bill Gates to the concept of Management by Objectives (MBO), now popularly known as Objectives and Key Results (OKRs).

Microsoft OKRs paved the way for them to become one of the top companies in the world.

Patty Stonesifer, then-CEO of the Gates Foundation, introduced OKRs to the Foundation with the help of John Doerr.

Implementation of OKRs within Microsoft & The Gates Foundation

This newly created Foundation achieved things that many other long-standing organizations were struggling to achieve. A key question that they asked themselves are

“How do you want to change the world?”.

Then, they placed OKRs as a solution on top as an answer to this question.

Bill and Melinda wanted to set up a disciplined approach that would enable them to achieve the ambitious goals they set. One such achievement was their campaign to eradicate malaria.

Transform your managers into leaders through personalized coaching, bite-size learnings and make it super easy for them to have meaningful 1:1s, check-ins, and align goals(OKRs).

In 2016, the Gates Foundation and the British government launched a campaign of $4.3 billion to eradicate malaria.

Objective: Global eradication of malaria by 2040.

How did Bill Gates benefit from implementing OKRs

Microsoft and The Gates Foundation understood their goals and had an efficient system in place that made them capable of scaling unimaginable heights.

OKRs were a part of this system.

Bill Gates, in the book Measure What Matters, revealed how he was benefited from OKRs. He stated that OKRs raised his confidence and gave him the clarity to make the right decision.

Gates remarked that people often confuse the mission with the objective.

According to him, a mission is directional. An objective is a set of steps or processes to make the mission a reality.

He had clear goals in sight, and with Patty Stonesifer introducing OKRs to the Foundation, he had a clear roadmap to achieve those. He called OKRs, the green-yellow-red approach that worked.

The implementation of OKRs gave the Foundation two things: the freedom to be ambitious and disciplined.

When the data from key results showed that they were not making any actual progress on any of the set objectives, they would re-allocate the capital. Consequently, helping them effectively address the long-standing global issues more successfully than other senior foundations.

Using OKRs on grant reviews made Bill Gates and the Foundation feel good about their vision. They were confident that they were making the right call by observing the data-driven results.

The Foundation has been passionate about learning since the beginning. They derived lessons from their success as well as from their failures.

When they realized that they were not on the right track or measuring the wrong metrics, they always put in the effort to take accountability.

At Microsoft, having directional goals was important. Bill and Melinda Gates knew their goals and were never afraid of taking risks to achieve them.

Empower your managers to be a better leader with essential performance tools & personalized coaching support.

In ‘The Gates Foundation Story’ in Measure What Matters, Bill mentions two instances where he turned down a grant due to unclear goals. He was confident in his decision because of the OKR system that was in place.

It was an inspiring journey to start and implement OKRs for Bill and Melinda gates.

How has the Gates Foundation addressed some long-standing global challenges?

These were made possible because of their commitment to learning.

After implementing OKRs, they set up quarterly and annual reviews, which helped them plan well and achieve the objectives.

What is a Chief of Staff and When Do You Need One? 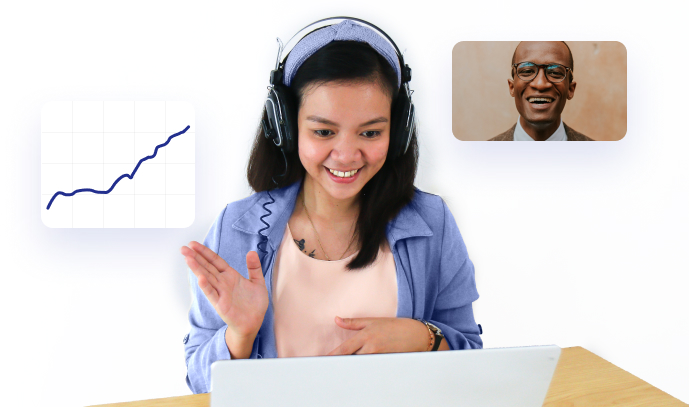