Chief of staff is an emerging title in the business world. Here we are with the crux of the Key Responsibilities in the Chief of staff role. 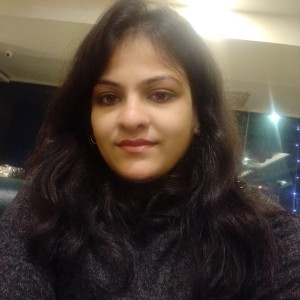 The chief of staff role can be elucidated by its ability to impart strategic support and counsel to key leaders within a company.

Though no two chiefs of staff roles are similar and vary dramatically across industries and within the company too.

“CoS is a role where the title remains the same for all in this role but responsibilities widely vary based on the person in the role, and for whom they work.”  – Brian Rumao, CoS to CEO of LinkedIn, Jeff Weiner

Chief of staff duties in an early startup

In an early startup, a Chief of Staff may spend working on strategic partnerships with the stakeholders and customers work on recruiting executives when there are high-priority hiring needs.

They may also spend part of their time filling in gaps between different teams.

Chief of staff duties at a later stage company

At a later stage company, the Chief of Staff spends more time on driving alignment and building decision-making frameworks.

Other responsibilities may include managing external and internal communication on behalf of the CEO, managing the staff meetings and priorities.

No matter if the company is an early start-up or a big enterprise, a Chief of Staff’s role is to always work upon improving and upgrading systems and processes. There are a few more common responsibilities in the Chief of staff role.

Transform your managers into leaders through personalized coaching, bite-size learnings and make it super easy for them to have meaningful 1:1s, check-ins, and align goals(OKRs).

Some unspoken ethical responsibilities in Chief of Staff role

1Manage Accountability of the Key leader

Most often, It is expected that they hold everyone else accountable, but what about them?  It is the responsibility of the Chief of Staff to ensure his/her key leader is carrying out the strategic objectives of the organization in a way that is aligned to its mission and values.

If anything is off track it is the responsibility of the Chief of staff to hold its key leader accountable for this and help him to realign his priorities.

Time is the most precious resource and it is the duty of the Chief of staff to be fiercely protective of time – not only for their key leader but also for themselves and other team members.

Effective and optimal utilization of everyone’s time should be the lens through which many decisions are made in this role.

One of the key responsibilities of the  Chief of Staff is, they should empower and properly equip other team members to perform their duties well.

They should be available for any interim support that is required but should not do hand-holding.

A chief of staff should be able to garner authority in this role through dedicated and genuine relationship building. The CoS must be empathic to the team members. Once they have that authority, they must use it for good.

CoS should understand that they are working for the team and not cultivate barriers in the team. It is the responsibility of CoS that there should be no power struggle in the company.

A sign of being human creates a bond of trust and empathy between humans. A CoS can Demonstrate humanity in many forms – admitting a mistake or informing the team when they will be on leave.

CoS should work to enhance the culture at the workplace.

7Complement the Key Leader but not copy them

A CoS should work as a shadow of the key leader but in this shadowing, they should not lose their original self.

They should understand that they were hired because of their own skills and it is of paramount importance that they do not lose it in a herd of copying someone.

CoS should learn from their boss and put those learnings to use.

Now you have a better insight of what are the key responsibilities in the chief of staff role. It is now time to move one step forward so click here to get an understanding of what a chief of staff must do in the first 90 days of his job.

Sagrika has over 10 years of experience in curating and writing about HR issues and practices. She specialises in HR, psychology and consumer profiling. She holds a masters in Mass Communication and an MBA (HR Specialisation) degree. With her expertise in crafting SEO and social media-friendly content, she pens content that is a combination of communication tactics and latest HR practices that assists companies in achieving desirable outcomes.
More blogs

Good OKR/ Bad OKR. How are you using them?

OKRs Guide: The Only OKR Guide You Need in 2022

The Secrets to Successful Strategy Execution for Growing Startups